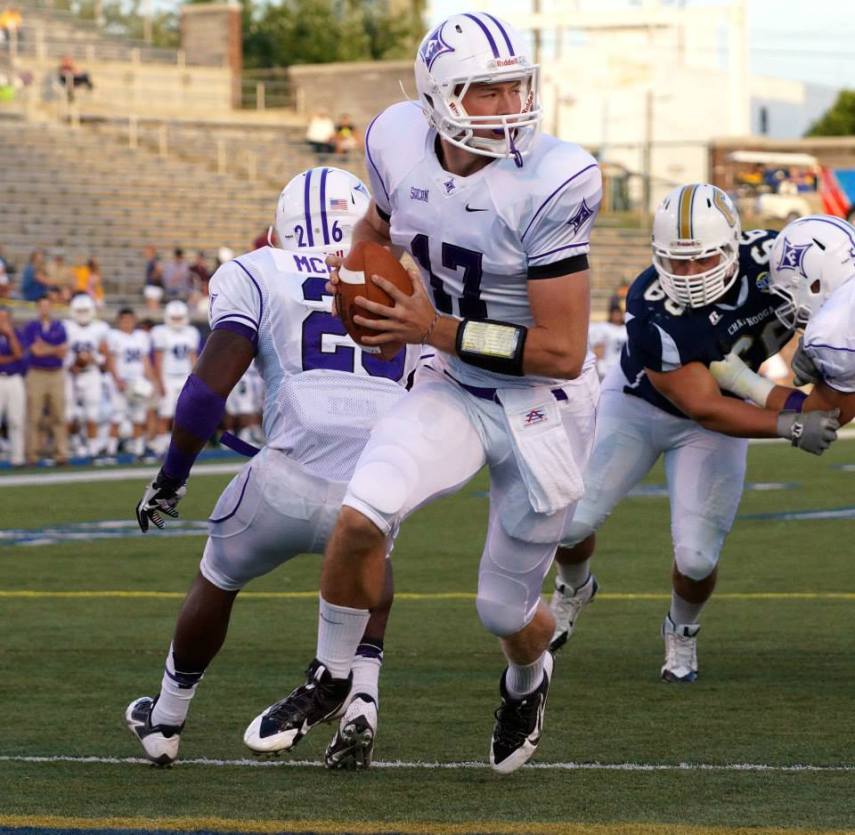 Please join us in congratulating Duncan Fletcher, Class of 2013, for being awarded the prestigious NCAA Post-Graduate Scholarship!

Furman University, where Duncan is currently a senior, shared the news last week in a press release.

Furman University football player Duncan Fletcher has been awarded an NCAA Postgraduate Scholarship, it has been announced.

A three-time All-SoCon honoree as a tight end, the Columbus, Ga., native caught 29 passes for 277 yards and two touchdowns in 2016 and was named CoSIDA Academic All-District IV.  He finished his career with 80 catches for 906 yards and seven touchdowns.  He started two games at quarterback as a true freshman in 2013, helping the Paladins to a SoCon championship and NCAA FCS playoff appearance.

A business administration major, he sports a 3.85 grade point average.

Following graduation this spring, Fletcher will intern with the Fellowship of Christian Athletes for one year before attending Vanderbilt University, where he will pursue a master’s degree in accounting.

The NCAA Postgraduate Scholarship was created in 1964 to promote and encourage postgraduate education by rewarding the Association’s most accomplished student-athletes through their participation in NCAA championship and/or emerging sports. Athletics and academic achievements, as well as campus involvement, community service, volunteer activities and demonstrated leadership, are evaluated. In maintaining the highest broad-based standards in the selection process, the program aims to reward those individuals whose dedication and effort are reflective of those characteristics necessary to succeed and thrive through postgraduate study in an accredited graduate degree program.