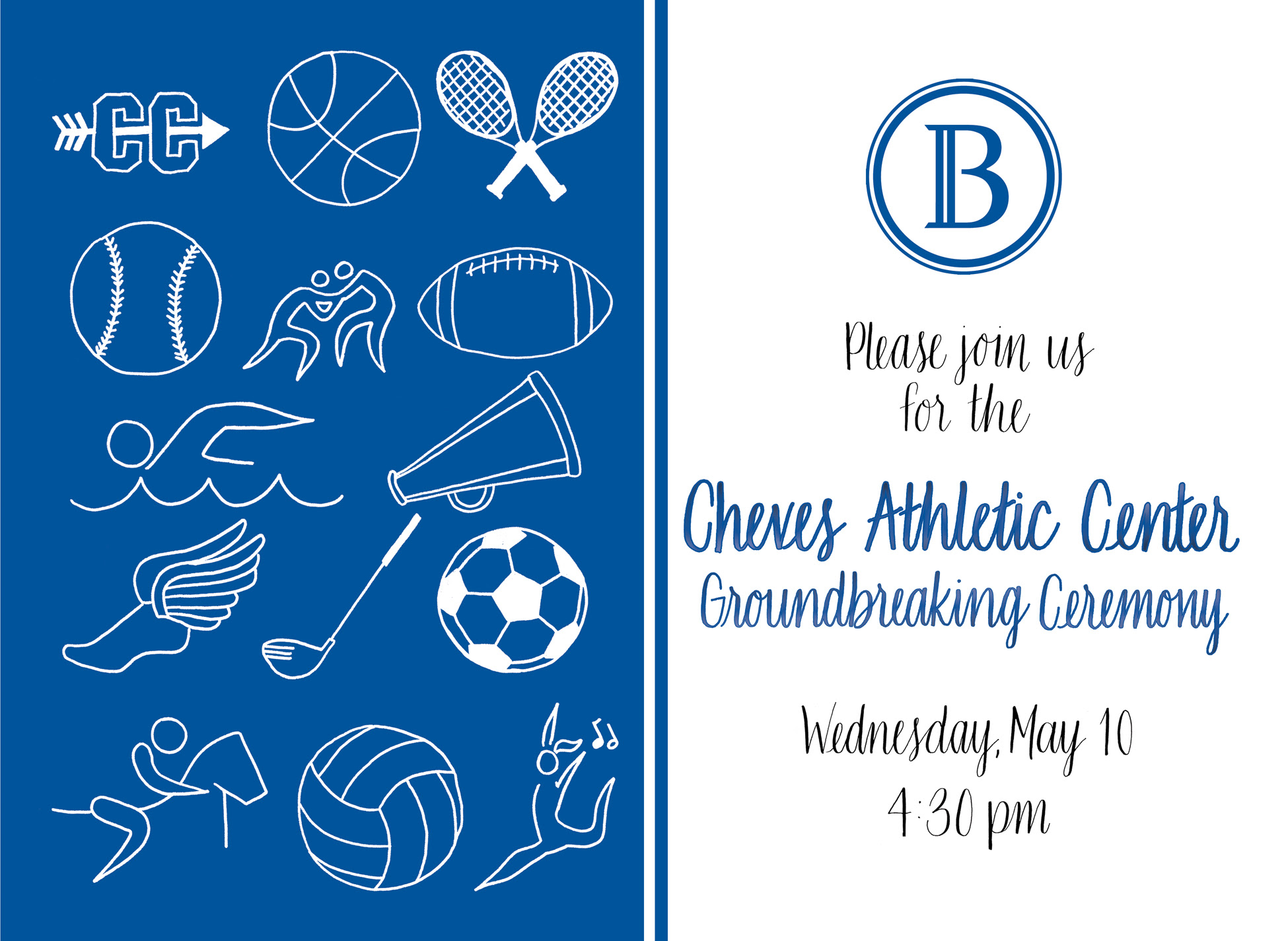 It was a wonderful day for the ground breaking ceremony of the Cheves Athletic Center last week! The crowd came out despite the heat to share in the excitement of this new project!

The CAC will be home to locker rooms and a concessions area and multi-purpose classrooms and meeting rooms, but perhaps the most exciting component is the museum that will tell the story of the history of Brookstone Athletics. Not only the major athletic accomplishments, but the stories of the memories shared and relationships built. It will be a phenomenal facility! Enjoy these photos from the event!

Members of the Thayer family came out to show their support!

Cecil Cheves talks about the impact of Brookstone Athletics on his family and shares his many reasons for giving.

Junior, Richard Hill, speaks about the significant impact Brookstone Athletics has had on him.

Taylor Hollingsworth, Class of 2011 and current middle school science teacher talks about the life lessons learned while playing sports at Brookstone, which carried her into the next level of running track at the University of Georgia.

Chuck Briscoe, Class of 1987 and current parent, shares some of his memories of playing sports at Brookstone.

Charles Briscoe, son of Lauren and Chuck Briscoe (pictured above), current 4th grader, casts a vision for the future of Brookstone athletics.

Marianna Branch, 8th grade, shares some of the things she has learned through sports here at Brookstone, among them, service, leadership and respect, some of Brookstone’s core values.

Marty Lester, Head of School, Jason Branch, next year’s Board of Trustees president, Cecil and Bettye Cheves, Stephanie Hunter, president of the Board of Trustees, and Mat Swift, board member and one of the many overseeing this project.