Our students were busy over spring break (more blog posts to follow!) But one trip, in particular, gave some of our Upper School students the chance of a lifetime – the opportunity to perform in Carnegie Hall!

Karen Hearn, Brookstone Music Director, began rehearsing with 16 students in January for the Children of Peace concert held in Carnegie Hall. Hours and hours of rehearsals were held after school to prepare for this performance.

The Brookstone students joined with five other schools from New York, New Jersey, North Carolina, Florida, and Wisconsin to perform the concert, which was guest conducted by Dr. Daniel Bara from the University of Georgia and his wife, Dr. Deana Joseph from Georgia State Unversity. 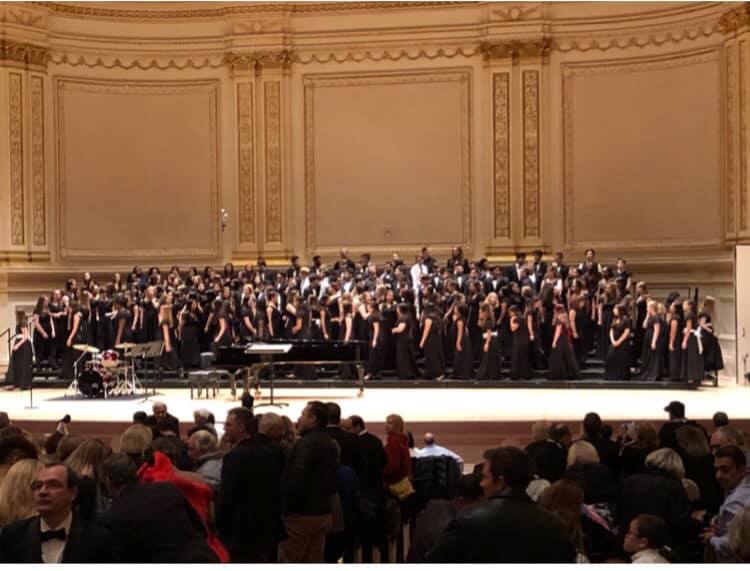 In addition to the concert, the students found time to tour New York City and take in two Broadway shows, “Wicked” and “Anastasia.”

But they really made it big when they appeared on Good Morning America with Robin Roberts! Of course, “appeared” is used loosely, but they definitely represented their school with pride! Congratulations to all of these students on the experience of a lifetime!